Stressed, Anxious in These Difficult Days? How Do You Get Perspective, Find Hope, Even Joy? Here's How 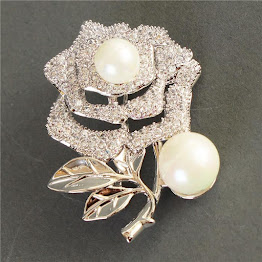 I gotta admit.  It’s been hard.  Every day, I wake up and feel the loss.   I know it won’t be forever, but I know it will last longer than any of us wish.

You see.  A little over two weeks ago, I said goodbye to my wife and son for five months and possibly longer. These days families with kids are having to make all sorts of different school arrangements to deal with the challenges this virus is creating. Because of my wife and son’s Canadian citizenship and her ability to work remotely, our arrangement has meant a temporary move to Canada. There covid rates are low and our son can start school in person, and even learn French.   And we’re grateful for that.   We know so many other families, so many other folks are dealing with far tougher situations than our own.

But still, it hurts to have my family distanced like that.  I miss them terribly, and they miss me.   But these, everyone is hurting. Seeing our nation deeply wounded by this virus hurts.   For some of us, we’ve lost jobs or face financial stress and that hurts.   We know folks who have lost their lives or who are fighting the virus right now, and that hurts. And all those missed gatherings with friends and family hurts.  And yes we all know these days will end, but none of us know when.

And in the face of all that hurt, how do you cope?   How do you find strength to deal with the stresses, to experience peace, even joy?   In the words of this psalm, God shows you the way.  Let’s listen and hear what God has to say.

Now you might be wondering.  How does this psalm answer all those questions about coping, about finding strength?   It’s about worship for Pete’s sake.  But what you need most to get through these days is what this psalm is telling you to do.   You need to get a bigger perspective.  Only with that will you find the rest you need.   And the only way to get that is to worship.

You see that’s what worship means, ultimately.  It means getting perspective.     The preacher, Tim Keller shares a great story that helps you understand that.

For years, this woman had this beautiful brooch in her jewelry box.  Her mother had given it to her, and before that, it had come from her mother.   All this woman knew was that the brooch was old and had been in the family for years.  But beyond that she knew nothing else.  Still, she liked it, and every now and then she took it out and wore it.   But one day, she got curious.  She wondered.  I wonder what this old thing is actually worth.  So, she decided to go find out.

She went down to the local jewelry store in town and asked if the jeweler would take a look.   So, the jeweler took out his jeweler’s loupe and began to examine the brooch.  At first, he was puzzled.  Then he looked more closely.   Then he got excited.   Swiftly he went into the back of the store to confirm what he could not yet believe.   And then in excitement and wonder, he told the woman, she had a one of a kind piece that was thought to be lost forever.  Her brooch, composed of flawless jewel after flawless jewel, had more value than he could possibly even imagine.  Now the brooch was still the same as it had always been, but everything had changed.   Now this woman knew the true value of what she had.  And knowing that changed everything.

You see, lots of folks believe in God.  They even occasionally pray to God, but like that woman, they don’t really know what they have.  They don’t know the wondrous treasure that lies before them in every moment.   But worshipping, when you are really doing it, really grasping its power, changes that.   It gives you the perspective you desperately need.

Do you notice how the psalmist does that here?  He talks about God as the King above all gods.  He reminds the people that God is their shepherd, that they are God’s flock for whom God cares.  The psalmist isn’t saying those things for God’s sake.   God already knows who he is.  The psalmist is saying it for the people’s sake to remind them not only who God is, who God is to them.   And when you get that, really get that, it changes you, it changes your perspective.

Just this past week, when I was feeling particularly down at not having my family near, one of the authors I was reading shared a verse from the prophet Zephaniah.  The verse goes like this. “He (God) will rejoice over you with gladness, he will renew you in his love; he will exult over you with loud singing as on a day of festival.”   And the author compared it to a moment when a father he knew sang over his son one night to quiet his fears.

And I remembered how I used to nightly sing to my son Patrick a lullaby I had made up for him.  I remembered how singing that song over him filled me with such joy, such gratitude, such love for him.   And suddenly I saw an image of God singing like that over me, loving me like that.  And all of a sudden, my perspective changed.  I was filled with such gratitude and wonder for who God is, for who God is to each of us.  And I knew in my sadness, God was always near, loving me more deeply than I could ever imagine.

And in those moments, I was worshipping.  And that worshipping was comforting me, it was changing me, it was profoundly changing my perspective.   When a few moments ago we sang about crowning Jesus as Lord of all, we weren’t singing that to help Jesus feel better.  We were singing that to help us feel better, to remember that Jesus is Lord of all, not this virus.  But worship not only changes your perspective, it shifts it.  What do I mean?

Here’s the truth, if you’re not worshipping Jesus, you’re worshipping something.  You’re looking to something to give you ultimate meaning, to give your life purpose and direction.   The novelist, David Foster Wallace said it well.  He wrote:

In the day-to-day trenches of adult life, there is actually no such things as atheism. There is no such thing as not worshipping. Everybody worships. The only choice we get is what to worship.  And the compelling reason for choosing some sort of god or spiritual-type thing to worship…is that pretty much anything else you worship will eat you alive.

When this psalm talks about God being King over all the other gods, you can think it’s not all that relevant to your life.  But everyone has gods.  Sure, they’re not the same gods that the Israelites faced, but these gods carry the same meaning and the same power.

In the first Harry Potter book, Harry discovers a magical mirror called the Mirror of Erised, a name which is simply desire spelled backwards.    And when Harry looks into the mirror, what does he see?  He sees his parents, who died tragically when he was but an infant.  And they are talking with him, telling him how much they love him.  Excited, Harry rushes to show his friend, Ron.  But Ron doesn’t see Harry’s parents.  No, he sees himself as a great sports champion, adored by the crowds.   You see. The mirror has the power to show you what you most deeply desire.   And once the head of the Hogwarts, discovers they have found the mirror he hides it away.  He tells them too often people have literally wasted away staring into that mirror.

And in each of our lives, that same sort of deep desire can capture us, can as Wallace put it, eat us alive.     For those deep desires might be good, but they can’t be ultimate.   They can’t become your god.   Whatever those desires are, when you face sadness and pain, when you face loss and heartbreak, those deep desires won’t be singing over you in the night, but this God will.  And when you come to worship, you have an opportunity for God to shift your perspective, to turn you from the Mirror of Erised, so to speak.

Still, if all this is true, if God truly sings over us, what’s up with all those warnings about not hardening your hearts, that anger of God that lasted for forty years?  In those warnings, you have the most wondrous news of all.

But before we get there, let me just make something clear, anger, at least God’s anger, comes out of love.  It comes when God sees something good threatened by something bad and God yearns to defend that good.   And what happened at Meribah, at Massah was God seeing how much other desires had still captured his people.   He had liberated them from slavery, shepherded them through the desert, provided for them again and again, and yet they still didn’t trust him.  They still didn’t trust in God’s love.  And when God saw that, God realized, these folks were nowhere near ready to enter the land God had promised them.   They had a lot more growing to do before they could enter that promised land of rest.   If they entered the land now, like this, they would not find rest but only destruction.

But here’s the weird thing.  When the Israelites sang this song, they were living in the promised land.  They already had the rest God had promised their ancestors long ago.  Or did they?   Later in the book of Hebrews, the writer there saw that even then, the Israelites still yearned for the true rest, and he pointed to this very psalm.  So, what was the rest the Israelites yearned to see, to experience, to enter into?  They yearned to rest more in the love. They yearned to know God’s love, to be assured of it, in an even deeper way.  They knew.  There must be more.

And, there was.  For the God who rescued them from slavery had a greater rescue to come.  And for this rescue, God didn’t send a deliverer.  God became the deliverer.  And in Jesus God out of that great love delivered himself up to death, to rescue you, to rescue me, to rescue everyone, to give us the ultimate rest.  For on that cross, in the power of that love, God defeated everything, every fear, every failing, every twisted desire that draws you away from God, even death itself.   And in that love, God has given you rest.  For in that love, you can know. Nothing will ever shake this God’s love for you.   And when you know that love, when you see it, when you experience it, what can you do but worship.   And in that worship, everything changes. So, come and worship, and see and experience and rest in the love of this God who sings over you. 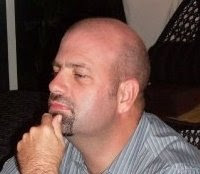